When Safeguards Fail: The Limits of Protective Endorsements 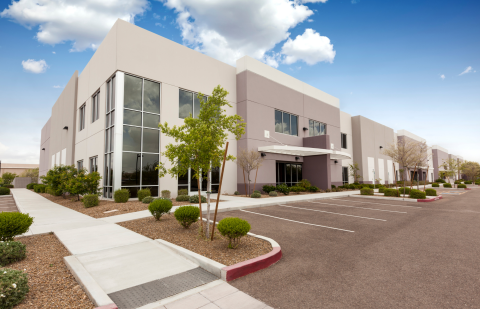 As the old saying goes, an ounce of prevention is worth a pound of cure. On paper, Protective Safeguard insurance endorsements (PSEs) seem like a great idea. They require the insured to keep a specified safeguard in working order on the insured premises as a condition of insurance. Examples include security and surveillance systems or leak detection systems.

However, like many good ideas, PSEs have some practical limitations. In fact, many businesses discover their various protection systems weren’t safeguards after all – and it’s an unpleasant shock to find out in the midst of a claim that coverage details weren’t understood by all parties.

The details affecting coverage terms may be as minor as a missing connector for a sprinkler that fails after 15 minutes, or as unclear as exactly when an insurer was notified of a PSE being gone, down or offline.

In some situations, misunderstandings occur because some protective safeguards may not even seem “protective.” A fire extinguisher? Clearly yes. The charging dock for the extinguisher? Also, yes.

Court decisions around the country aren’t always consistent in applying rules of law to the deviling details of a PSE being in force or effective.

Let’s briefly look at these variations to see why PSEs are so often misunderstood, and then touch on key questions to ask if a PSE is added to your commercial property insurance policy.

While some insurers allow up to 48 hours for a “minor” deviation from a PSE before requiring a notice, or refusing to provide coverage, other courts have been more flexible. For example, the type of risk, the reasonable foreseeability of the occurrence, and even with increasingly wild climate and supply fluctuations—one or all may or may not determine if the PSE failure was excused, and to what degree. There have been many cases involving the differences in freezing, which disabled PSEs, based on whether a broken water line was under the control of the insured (such as outside of a heated premises).

In most cases, such as the freeze cases noted above, it’s fair to say a court will view the PSE endorsement as a warranty and not a conditional representation. So, while there may be some diversity around the country, courts will look at enforcing PSEs very literally. A burglary or surveillance system requirement means just the system described in the PSE endorsement, and not an ad hoc inspection program. The PSE will have a detailed Schedule for exactly these issues.

Finally, a related California decision supported Travelers, in a case of non-existent sprinklers. The court agreed that insurers are generally “under no obligation” to verify the existence or operability of protective safeguard on a PSE. While not every court will reach the same conclusion, depending on the facts, it stresses two important factors. First, the need for an insured to be completely transparent about their PSE. Second,  to be knowledgeable of the capacity and functionality of the protective safeguard they have under their control.

One evidentiary challenge in addressing loss that “could have been” prevented by protective safeguards is the extent of the loss. The case in California shows, for example, that there was an initial payment on the claim of $250,000 by Travelers.

It was only after weeks of further investigation that evidence was discovered, indicating the faulty sprinkler system. As time goes by, however, courts on occasion expect a timelier response on the cause, and any defective safeguards.

A major case in North Carolina accepted an insured business’s argument that a 27-day period was long enough to raise the possibility of the insurance carrier waiving the PSE’s limitations. In that case, the judge allowed the insured to send the important question of timely communication to a jury.

But not every state follows North Carolina. A Pennsylvania case, conversely, ruled that a building that had sat empty for almost three months, which was undeniably known by the insurer, did not equal a PSE waiver by the insurer. The insured’s claim for coverage in that case was rejected by the court.

If a PSE is required as a condition of insurance for your business, you should ask:

The most crucial first steps are to meet with a qualified insurance provider to be ready to build the most important protective safeguard of all: knowledge.

To learn more about the risks and rewards of PSEs on your property, talk to your Heffernan Insurance Brokers commercial insurance advisor.