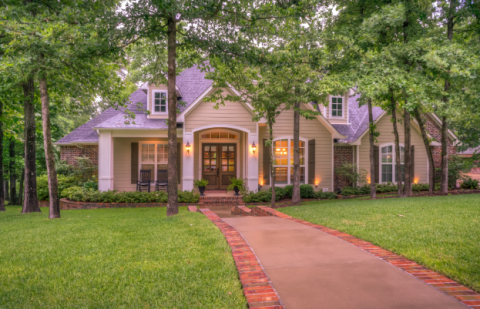 As wildfires continue to threaten California, the wildfire crisis is sparking an insurance crisis. Many homeowners are now finding out that their policy won’t be renewed.

Wildfires have always been a threat in California, but the level of destruction has increased in recent years. CAL FIRE says that the California wildfire season is starting earlier and ending later each year, and climate change is believed to be a driving factor.

The state’s Insurance Commissioner, Ricardo Lara, has ordered a one-year moratorium on homeowners insurance non-renewals in certain areas. In September, the moratorium protected the insurance coverage of 325,000 homeowners in Northern California, while previous declarations issued in 2021, 2020, and 2019 have provided protection for homeowners in other areas next to declared wildfire disasters.

Homeowners in the state can check the Department of Insurance website to see if their ZIP code is included in any of the orders.

Insurers Are Opting Not to Renew

The moratorium provides temporary relief for some homeowners. However, many homeowners are not protected, and some insurers in the state are responding to the rising risk by opting not to renew coverage.

Wildfires in Northern California cost insurers between $5 billion and $9 billion in 2020, according to Insurance Business. Given these losses, many insurers are rethinking their strategies.

In one recent example, Chubb announced it is reducing its homeowners insurance exposure in California. In a call discussing the third-quarter earnings, CEO Evan Greenberg said that Chubb would reduce its footprint in parts of California that are “both highly exposed, and even moderately exposed, to wildfire.” According to S&P Global, Chubb was the 11th-largest homeowners underwriter in California in 2019 and 2020, and the insurer has already undergone multiple non-renewal initiatives.

Chubb is not alone – many other carriers are following suit.

The Impact of Non-Renewals

When non-renewals occur, they can make things difficult for homeowners. According to CBS Los Angeles, a woman in Chatsworth received notice that her homeowner's insurance policy was not being renewed. She found one policy for more than twice what she had been paying and ended up using the California FAIR Plan.

California FAIR Plan is a program that provides basic fire insurance coverage for high-risk properties when coverage through traditional insurance companies is not available. It is considered a temporary safety net and an insurer of last resort.

Getting Ready for Your Renewal

If you’re a homeowner in California, you should brace for the possibility of a non-renewal notice.