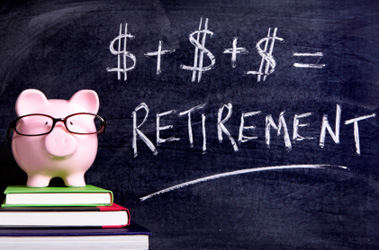 For millions of Americans, achieving financial security in retirement hinges on one thing: a 401(k).

But the fact is, 401(k) plans were never intended to carry that burden. First introduced in the 1970s when most workers still had pensions, 401(k)s were intended to be a supplement. But as companies moved away from pricey pensions, 401(k)s grew, and today they hold a whopping $3.5 trillion worth of retirement assets.

While that bit of trivia won’t alter your retirement planning, there are plenty of other “hidden truths” about 401(k)s that just might. Here are a few things you should know:

The takeaway? No one can afford to be complacent when it comes to retirement planning.

Millions of workers now rely on 401(k) plans as their main retirement savings, but most simply aren’t saving enough. There’s still an estimated $4.3 trillion retirement income deficit for Baby Boomers and Gen Xers, according to the Employee Benefit Research Institute.

Employers are working hard to change that by re-tooling the investment structures of their plans, offering better options, and providing greater educational opportunities for employees. Here are a few trends for employers to keep an eye on in 2015:

To find out more about how employers and employees can make smart decisions about their 401(k) plans and achieve financial security in retirement, talk to the retirement planning experts at Heffernan Insurance Brokers.