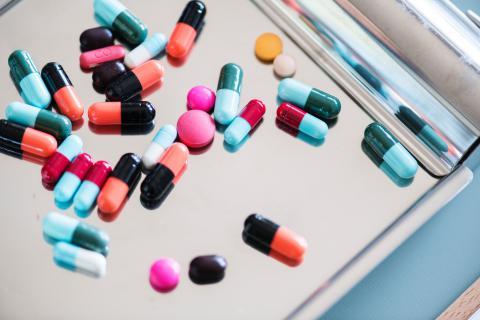 “Good things come to those who wait,” as the old saying goes. Unfortunately, it can be a long wait.

That’s been the case for independent pharmacy owners who have long waited for meaningful legislation that will level the playing field with third party pharmacy benefit managers (PBMs).

Small pharmacies have been voicing their concerns for many years about what they see as unfair competition with mega pharmacies who have merged with insurance companies and PBMs. They’re also concerned about falling reimbursement rates from PBMs for prescription drugs and alleged abusive practices by PBMs, all of which lead to falling profits.

According to the PBMs, they help keep drug prices down and provide overall cost savings to patients and healthcare plans. But independent pharmacists largely disagree, as do many industry experts. They claim these middlemen and large mergers negatively impact competition and drive prescription drug costs and insurance premiums higher.

Most people aren’t even aware that if they get their prescription drugs through a health plan, there’s likely a PBM involved.

But that awareness is starting to change. As healthcare costs have continued to skyrocket, these pharmaceutical middlemen and the role they play in our healthcare system have been under increasing scrutiny.

And now for the good news …

Thanks to the efforts of state and national associations and the support of individual independent pharmacy owners, legislative efforts are finally paying off.

On the national level, on October 10, 2018, President Trump signed into law the Patient Right to Know Drug Prices Act. This law prohibits gag clauses, which are provisions in PBM contracts that prohibit pharmacists from letting customers know they could save money by paying cash out-of-pocket instead of using their insurance.

Every state in the nation also has at least one bill supporting independent pharmacies against the PBMs:

The big takeaway? It’s an uphill battle, but grassroots efforts can work.

Independent pharmacy owners have been instrumental in all of these initiatives, and their efforts are paying off. But if you’re one of those independents, you still face a host of challenges every day, making it crucial to have a risk management program that’s firing on all cylinders.

That’s where Heffernan Insurance Brokers can help. Contact us today to learn about our Pharmacy Owners Insurance program.