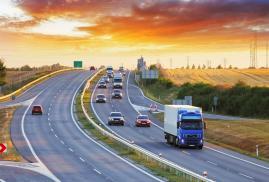 While the pandemic and economic fallout put a squeeze on businesses, commercial auto insurance rates have been increasing. According to Insurance Journal, commercial auto premium renewal rates were up 4.8 percent in April 2020.

This makes good transportation risk management strategies especially important right now. To help you stay ahead of the curve, here’s a roundup of the latest developments.

The Commercial Vehicle Safety Alliance has announced that its 2020 Operation Safe Driver Week will take place between July 12 and July 18, as scheduled. According to Transport Topics, traffic volume has decreased due to the pandemic, but speeding has increased during this time. Speeding will be the focus of this year’s event.

According to ABC 7 News, the California Highway Patrol issued 4,000 citations for speeding over 100 mph between March 19 and April 30, a 113 percent increase compared to the previous year. The NHTSA says that speed is a factor in one-third of all traffic fatalities.

The California Air Resources Board is requiring manufactures to start switching to electric zero-emission trucks by 2024, with the goal of all zero-emission electric trucks by 2045. Transport Topics reports that California’s various regulations are pushing the industry forward and making the state the epicenter of emerging truck technology.

More recently, the California DMV has announced that it has issued a new self-driving permit to Nuro. Although Nuro has conducted self-driving testing in the state previously, the new permit will let the company tests two light-duty delivery vehicles without drivers behind the wheel in nine California cities.

Move Ahead with the Transportation Insurance You Need

The risk environment is changing fast. If you have a fleet, you need to work with a broker who is keeping pace. Contact Heffernan for transportation insurance designed to give you an edge.