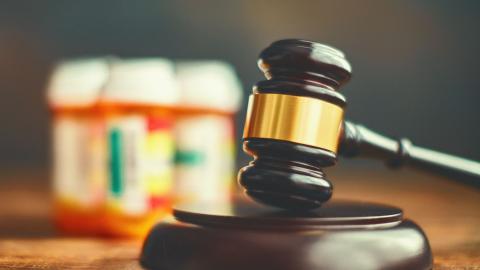 According to the Consumer Attorneys of California, this law needed to be updated. The $250,000 has not been increased in more than four decades, and because of inflation, the value of the cap on damages has diminished significantly in that time.

The Fairness for Injured Patients Act

The Fairness for Injured Patients Act (FIPA) sought to reform MICRA. According to Consumer Watchdog, which endorsed FIPA, the act would have adjusted the cap for inflation and allow judges and jurors to decide on compensation above the cap in cases involving catastrophic injury or death.

AMA states that almost any case could have been considered to involve catastrophic injury under FIPA. This would have led to huge jury awards, and this in turn would have destabilized the insurance market and increased the cost of care for patients.

According to the Doctors Company, a coalition of physicians, dentists, nurses, hospitals, safety net clinics and other healthcare providers strongly opposed FIPA, which was seen as effectively eliminating the cap on non-economic damages in medical malpractice lawsuits.  The Legislative Analyst’s Office found that the law could create government costs of millions of dollars, and this could have been costly for taxpayers.

The Introduction of AB 35

According to the National Law Review, AB 35 was introduced in April 2022 as another way to modernize MICRA. The new law had support from both houses as well as Californians Allied for Patient Protection, Consumer Attorneys of California and patient and healthcare advocate groups. Additionally, passing AB 35 would mean that FIPA would be withdrawn from the November ballot.

On May 23, 2022, the Office of Gavin Newsom announced that the bill had been signed into law.

Under the new rules, the $250,000 cap on non-economic damages created by MICRA will be replaced with two separate caps.

These annual increases will help the caps keep up with inflation, unlike the unchanging caps that were established in 1975 and haven’t been increased in the years since.

Assembly Majority Leader Eloise Gómez Reyes said, “I’m proud to have worked together with all stakeholders to get this done. AB 35 provides a better system for both providers and patients, creating a fair process that will have a real impact on Californians for decades to come.”

According to North Bay Journal, AB 35 is considered a compromise by various stakeholders. If the law had not passed, the limits established by the 1975 law could have ended in 2023, opening the door for lawsuits asking for infinite amounts in non-economic damages. Furthermore, with many healthcare workers already considering leaving the profession, the sunsetting of non-economic damage caps could have pushed more doctors to leave.

The new medical malpractice rules will go into effect on January 1, 2023 and may impact healthcare providers’ insurance needs and risk management strategies.